Yesterday I read the stomach turning account of how my alma mater, the University of Minnesota, treated the Somali Student Association at the end of its cultural week, last Friday. I’m presenting the Somali Student Association’s account here in its entirety, because the whole thing is worth the read. It is one of the most thorough, clear, and comprehensive accounts of a police riot I have ever read. It is an alarming picture of how subtle, purportedly nonviolent, and even micro-level forms of racism combine and become explicit, violent, and massive. 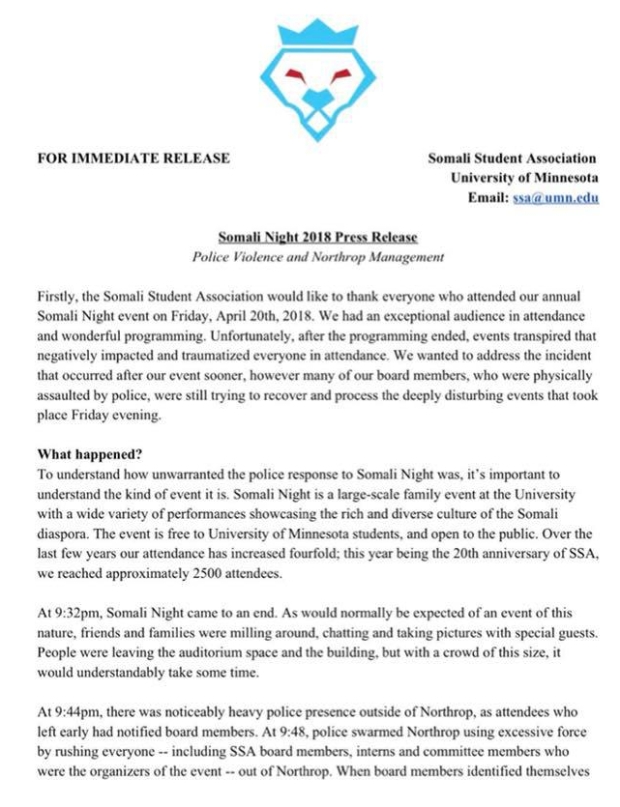 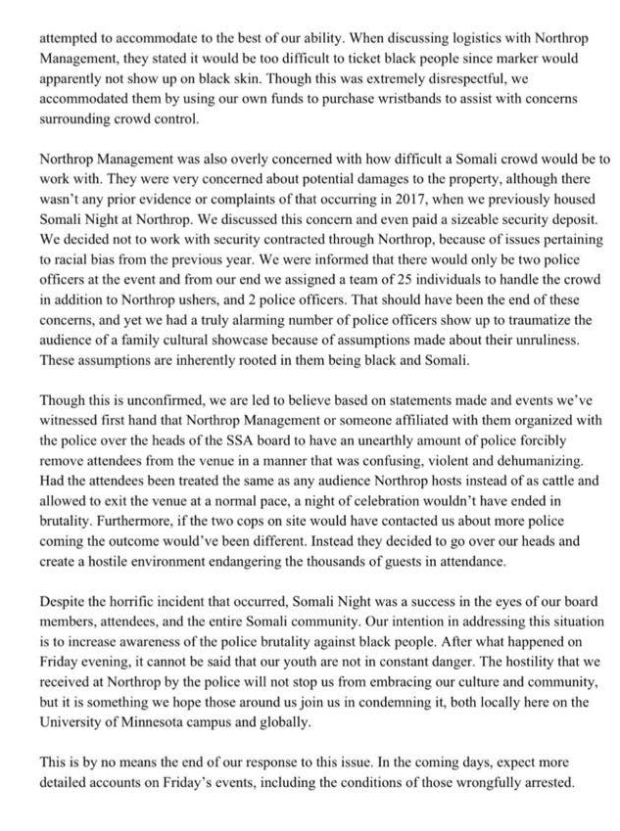 Many things about this statement jump out immediately. One of them is the claim made by employees on a university campus that it would be impossible to use markers on Black skin. This indignity, which must have occurred in the context of so many others during the planning for this event, encapsulates clearly that the University of Minnesota is still unprepared in 2018 for the presence of Black people.

Something else I notice immediately is the calm, composed, and measured tone of this press release, written by a student organization.  So much can be learned just by reading what these students have to say about their experiences. I expect we will learn even more from them by watching how they challenge the university in its reaction.

Students on the University of Minnesota campus have already been reporting on their negative experiences with the cosmetic diversity initiatives embraced by their campus (which is similar to so many others). The Whose Diversity? campaign that began in Spring 2014 created a powerful set of testimonies of experiences of students of color on campus.

Perhaps most telling is that a quick Google search conducted 24 hours after the Somali Student Association’s press release and 3 days after the Somali Night incident itself reveals very little reporting on the event and its heavy policing. I suppose it comes as little surprise that the most cogent and knowledgeable source of information about these events comes from the affected students themselves.