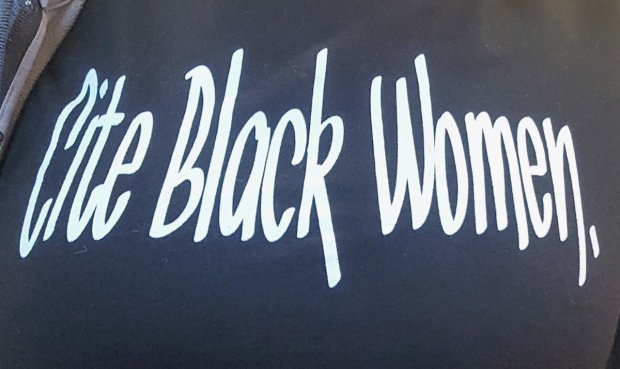 On page 8 of Keeanga-Yamahta Taylor’s book From #BlackLivesMatter to Black Liberation she says something that stopped me in my tracks: “Black revolutionary Stokely Carmichael and social scientist Charles Hamilton coined the phrase ‘institutional racism’ in their book Black Power.”

Although I understand the phrase institutional racism so well that I have actually taught its definition and usage regularly, this is the first time that I have ever heard its origin, and specifically that its origin is attributed to Stokely Carmichael. I am dumbfounded.  Of course, there can be no question that I am to blame for this. But there is also a much larger question here about sociology. I use and teach “institutional racism” in the ways 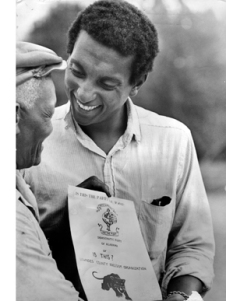 Stokely Carmichael in Alabama in 1966

that sociologists around me use it, and the ways that I learned it. I have never before heard it attributed it to anyone specific, much less to Carmichael and Hamilton or the Black Power movement. We seem to have simply claimed it as something we do, as part of our larger systemic way of looking at the world. In fact it’s often used interchangeably with “systemic racism.” And that may well be a good and important thing. But it should not come at the cost of erasing the contribution of Black scholars, Black people, and Black movements to our theorizing and scholarship. While we can and do debate the ownership of any one person to a word, no one hesitates to cite Judith Butler when they use the phrase “gender trouble” though these words surely had other connotations and meanings before and after this scholar. We cite Marx when we simply refer to “capital” or the “means of production” and sometimes Foucault gets all of “power.”

This is a question of our citational practices and how they reify existing power structures. This is about how we continue to actively create a white academy. Sara Ahmed discusses this (and provides one alternative possibility) in her nourishing book Living a Feminist Life, which does not cite any white men:

Citations can be feminist bricks: they are the materials through which, from which, we create our dwellings. My citation policy has affected the kind of house I have built. I realized this is not simply through writing the book, through what I found about what came up, but also through giving presentations. As I have already noted, in previous work I have built a philosophical edifice by my engagement with the history of ideas. We cannot conflate the history of ideas with white men, though if doing one leads to the other then we are being taught where ideas are assumed to originate.

It is for this reason, among others, that the Cite Black Women campaign was created. As the Cite Black Women’s Collective says, “It’s simple. Cite Black Women.” But also: put in the work. Find the citations and place Black women in the center of your syllabus and your sociological research and even your informal political thinking. The collective has a praxis:

And a rad t-shirt (pictured above), which supports the Winnie Mandela School in a working class, Black neighborhood of Salvador de Bahia, Brazil. I’ve already briefly discussed how amazing Winnie Mandela was on this blog. The collective has also organized conference events (including ASA)  and #CiteBlackWomenSunday.

Look, this is not just about “you.” I certainly need to do better at this too. The fact is, unless a person has been making a conscious effort to do this for several years now, it’s likely that many of us need to be putting some work in to do better at this. The point is that we all need to do the work because it isn’t going to happen without it – no one is going to start getting the credit they deserve for their contributions to our discipline and to our thinking without all of us practicing the racial justice that we preach. Here is a short list of Black scholars who influenced sociology to get you started.