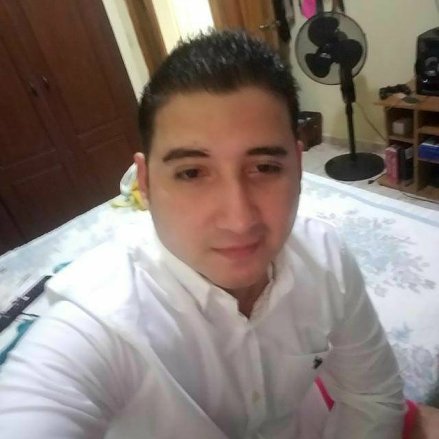 Carlos Hernández, killed in his law office in Tela, Honduras, on April 10, 2018.

Last week, another person two degrees of separation from me was assassinated in Honduras. His name was Carlos Hernández, and he was killed in his law office in the municipality of Tela. He was the lawyer of one of five people who have been criminalized for defending the water in their community as part of an encampment they have sustained since May 2017 against intense persecution. I have met all five of them.

I have visited their encampment.

He is not the first person to die in relationship to their small community’s struggle.

It is unlikely we will ever know exactly who his killer is, and even less likely that person will face any judicial process because rates of impunity in Honduras for homicide are estimated at over 90%.

It is heavy to feel so surrounded by death. I cannot imagine how it would feel if I were actually living among it daily, breathing in its possibility at every turn. The violence is so frequent even among the people to whom I am directly connected that I fear that my friends and family are becoming tired of hearing about the deaths and death threats to my compañerxs in Honduras, and will stop being willing to act. I do not wish to center myself, but rather hope to connect myself personally as an act of solidarity, enabling others to also feel personally connected and invested in the lives of others.

Carlos Hernández was young. He was the lawyer for the mayor of Arizona, Arnoldo Chacón. Chacón is one of 5 members of the Broad Movement for Dignity and Justice (MADJ – Movimiento Amplio por Dignidad y Justicia) who have been formally accused of “usurpation” for stopping the state of Honduras and the company INGELSA from developing a hydroelectric dam on the Río Jilamito.

These community members have sustained “Camp Dignity in Defense of the Río Jilamito” since May 2017, defending their water and community from attack by a foreign company. All 5 of the accused, along with the many other members of the community who have participated in the encampment, have been subject to threats and attacks over this time period. Yet they persist. They arrive, daily, in shifts, making sure the camp is tended at all times. They make food for each other, take care of each other, make decisions together, and they confront the alliance of government and private capital which not only criminalizes this care-taking activity but dares to call it usurpation.

I first met these community members after they had completed just a few weeks of their encampment, at the end of May 2017. The camp is humble but cozy, and the reception they gave to our large Witness for Peace delegation of 22 U.S. citizens was deeply welcoming. We ate soup together, we chatted, we played games, and took pictures. They found enough chairs for all of us and hardly a chair for anyone else, and we could not manage to convince anyone to swap places and take a seat in our places. Of course. It would be rude to sit while an honored guest was standing. 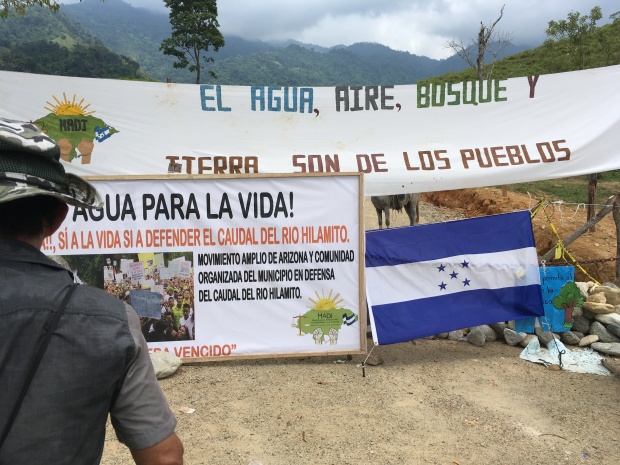 The people who spoke that day to us are the very same people who have been criminalized and whose lives have been threatened since then. I would like to use their names and to show their faces to humanize these every day rural people who have decided to take such enormous risks to protect the water in their community, but I am afraid that it may put them in more risk. I would like to humanize them, to counter the implicit suggestion that they are terrorists for impeding economic development – to which they did not consent and from which they will not benefit – but the very act of doing so may harm them further.

The assassination of Carlos Hernández can only be understood as part of a larger system of structural and political violence which runs deep. He was killed in a country which has recently inaugurated a fraudulent President, and this presidency and regime (and the support it receives from the United States) is inseparably related to the skyrocketing rates of violence. (I plan to write more about exactly how all of this is connected but have linked to some excellent existing analysis above by Radio Progreso, Jesse Freeston, Sandra Cuffe, and Ryan Morgan to get that conversation started here.)

Even in the face of incredible odds and almost unthinkable danger, the community at Jilamito continues to maintain their active resistance to INGELSA and its hydroelectric dam project. Their resistance shows us all that it is possible.

Click here for a list of concrete actions you can take in solidarity with people in Honduras.

One thought on “Ongoing assassinations and violence in Honduras: Carlos Hernández”